At least once in your lifetime, you must, I say MUST jump on a boat and see the sparkling New York skyline. It’s one of those dream sights Hollywood has painted in our minds, only the real thing being a much better treat! And one way to see and learn about this iconic skyline is by booking a river cruise with the Circle Line cruises.

The Circle Line cruises are amongst New York’s best and most popular river cruises. They offer a variety of packages at different timings and serve food and beer onboard.

For me, apart from getting to see the beaming NYC buildings, I learnt a lot from the cruise guide’s insightful commentary. I took the 1.5 hour liberty cruise which got me up close and personal with the leading lady – Statue of Liberty. Choose the right side of the boat or the nozzle tips for the best views. And remember to choose the sunset cruise, i.e., the 3:30 PM cruise – which also happens to be the last.

You get to see some of the rather smaller portions of New York history from the water, such as the large riverfront octahedral Colgate clock which jumps 1.5 feet with every minute at the New Jersey borderline. Or the old broken down and rusted Dominos sugar factory at Brooklyn and famous film locations (for the TV-hits Gotham and Girls). 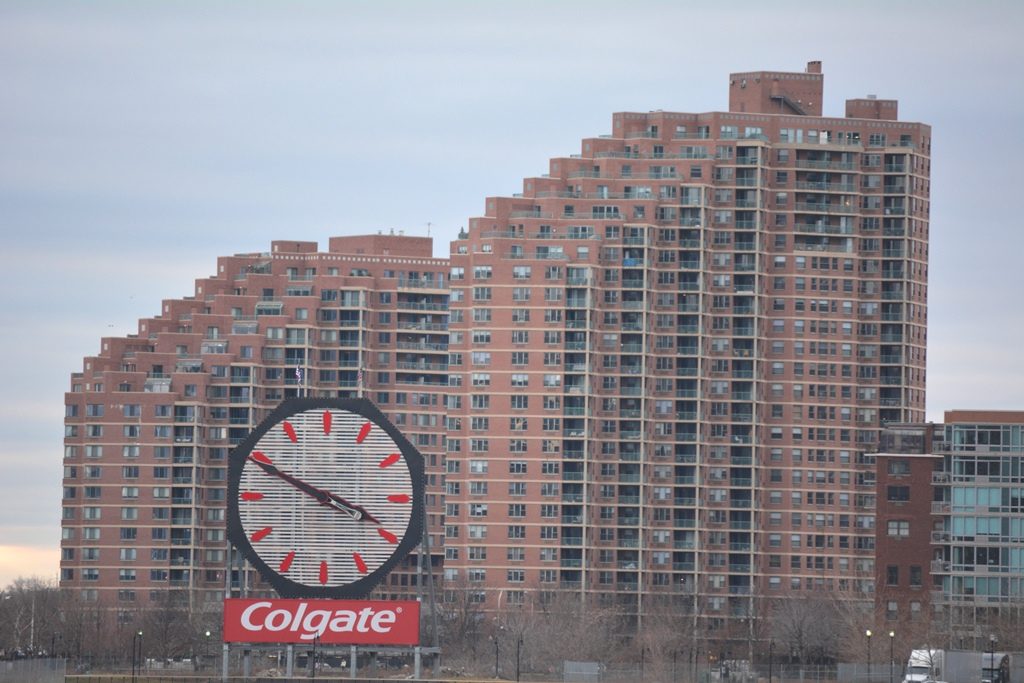 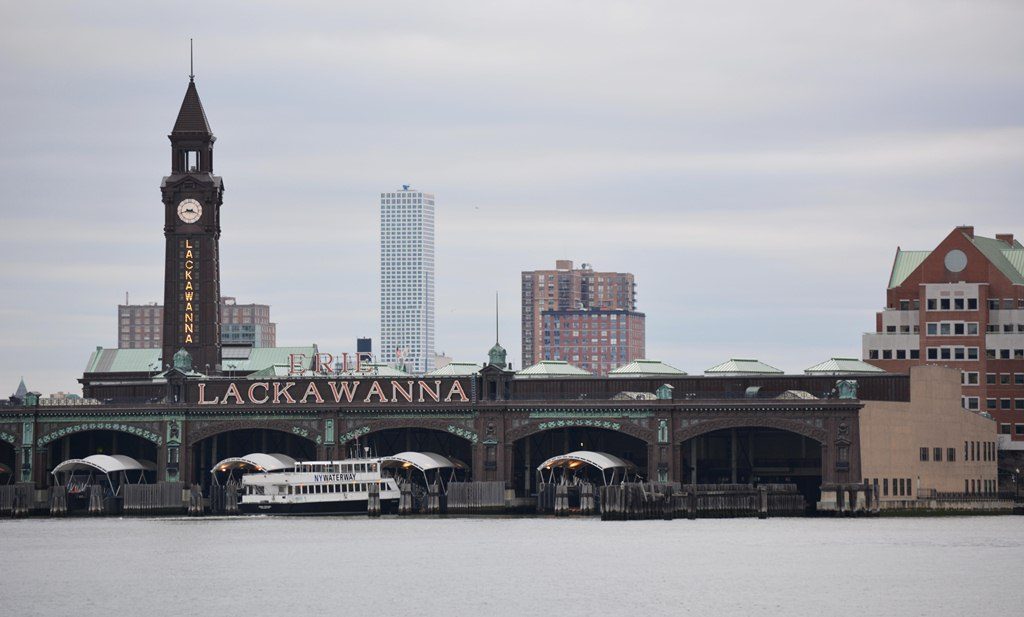 My guide recalled seeing the Hudson aircraft disaster where Capt. Sully landed his plane right onto the water. I’d seen the film just a few weeks before coming to the city. So the image was fresh in my mind, giving me goosebumps along with the existing winter chill as my guide explained how he was upon one of the New York taxis which helped up some of the passengers during the crash.

The Circle Line liberty cruise takes you south of the Hudson and then turns upwards onto the East River. Here is where the famed bridges sprawl across the gleaming grey waters. The Brooklyn and Manhattan bridges both appear in many films. So you’ll recognition them instantly. Despite their obvious architectural glory, they hold the bulk of NYC traffic with their multi-lane and level road, rail and walkways. 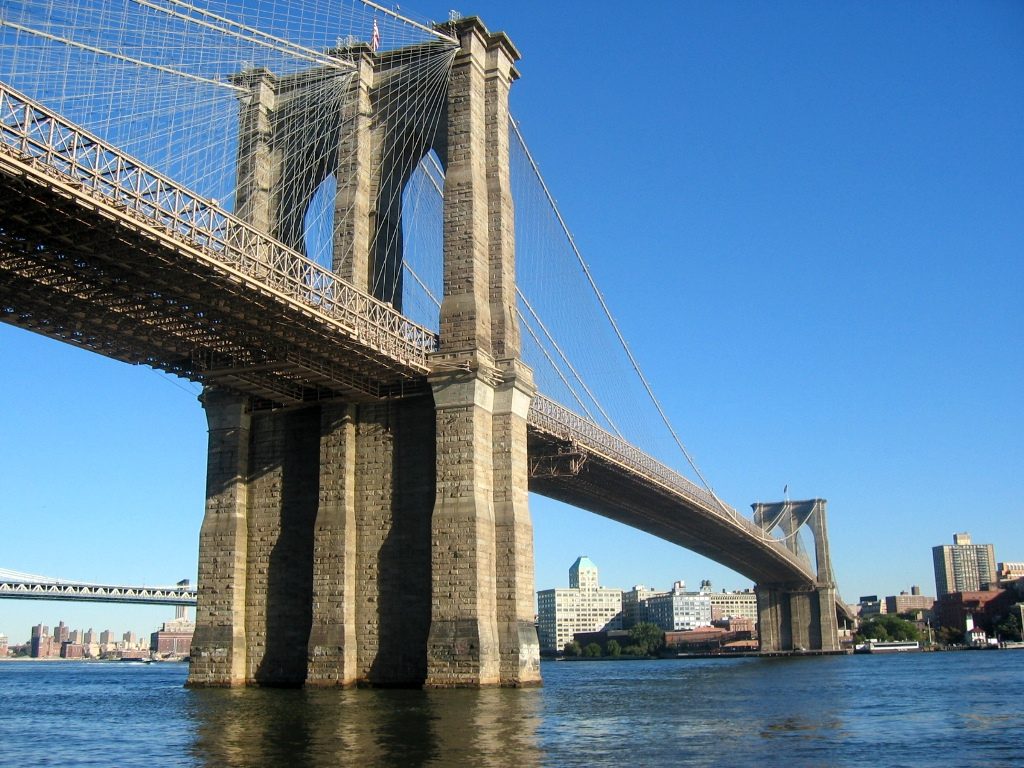 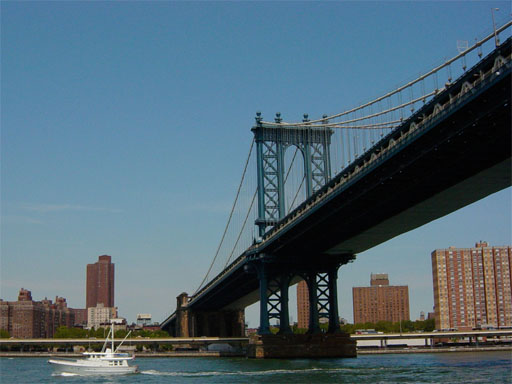 Under these bridges are many open lawns and high-end restaurants (such as the River Café, right underneath the Brooklyn bridge). And they’re always in demand for photoshoots and ceremonies as they provide one of the best NYC backdrops.

What better way to say “I Do” than with the gleaming NYC skyline behind you! And who knows, you could even get photobombed by celebrities in for a short stroll! 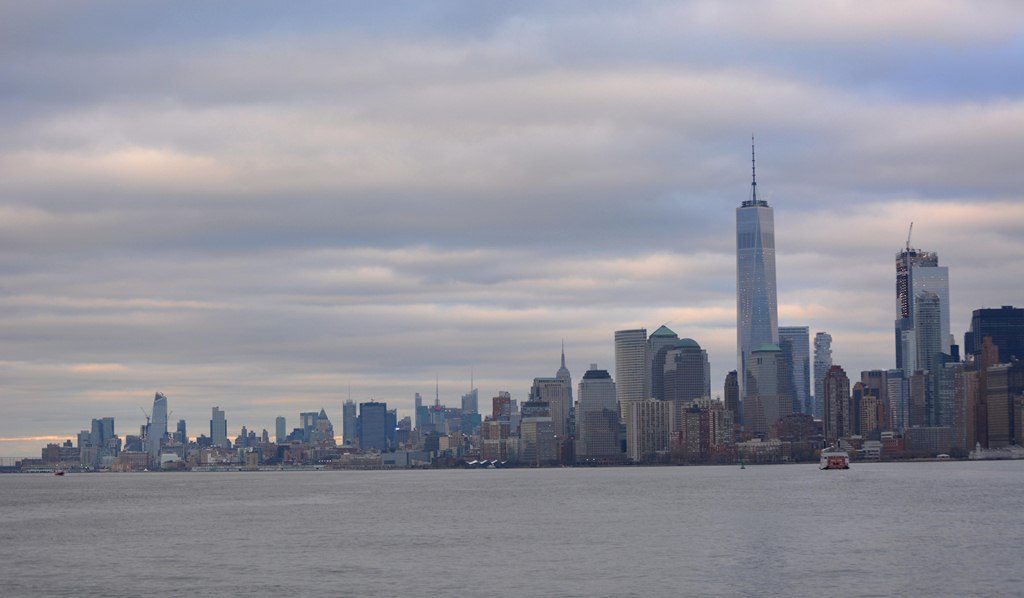 The NYC skyline from the Circle Line boat

Now, the cruise is incomplete without the mention of Pier 83. The Pier 83 is built a few stops after the famous White Star Line’s Pier 59. Pier 59 was where the Titanic was supposed to dock after its ill-fated journey across the ocean. The rescued passengers were dropped off at this pier. And the ship that rescued them (the Carpathia) later docked at Pier 54, which is now a river-side park. The only remnant of the old dock is a rusted steel arch gate. 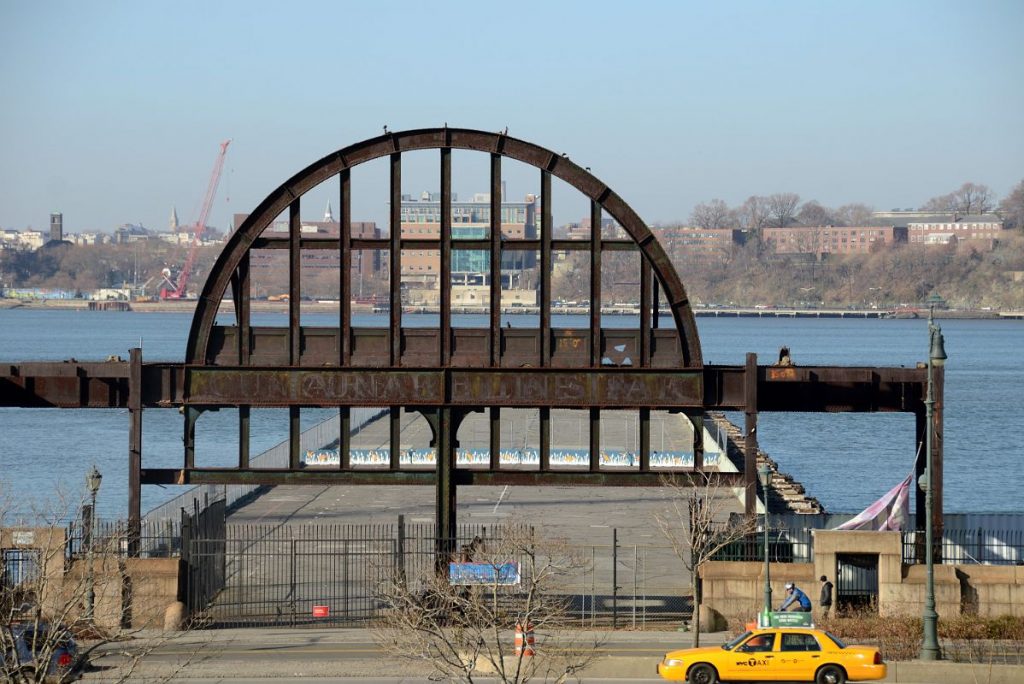 There’s so much of New York you can see from the river! And I think the Circle Line cruises do justice to showing you the most of NYC from their decks!

The Circle Line cruises are included in the New York City Pass. You don’t necessarily require booking during the weekdays. But weekends, yes. If possible, get there at least an hour early. And premium seats are not particularly rewarding. So don’t bother with that.

Planning a trip to New York City? Here’s all you need to know:

Follow us on social media to gain more insight into the top travel destinations around the world: