Can You Identify These Famous Film Locations Around The World?

Nature has at many times provided the most beautiful and elaborate film sets. See if you can identify some of the most iconic and famous film locations in the world:

This national park in China’s Hunan Province gained international fame after hosting the film sets of Avatar in 2009. Deep canyons with rich vegetative cover and entrancing sandstone-quartz pillars attract thousands of documentary specialists and wildlife experts to the base of James Cameron’s Pandora. The director has brilliantly captured the pristine beauty and visual appeal of the floating mountains of the Hallelujah range (Of course, these aren’t really floating mountains!). 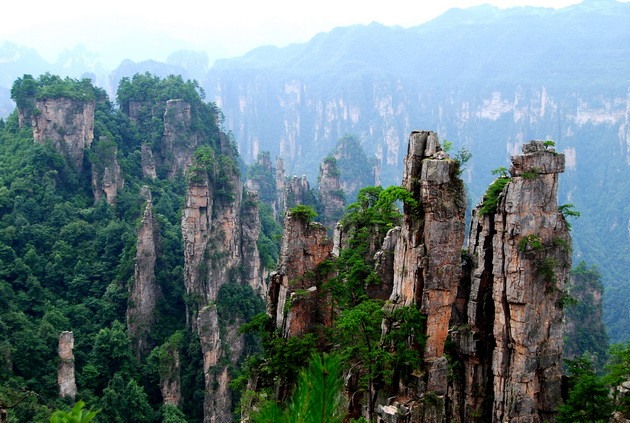 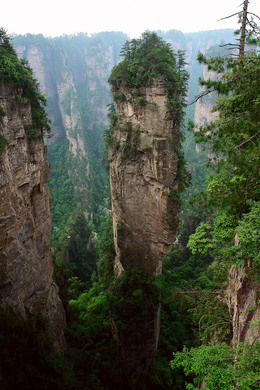 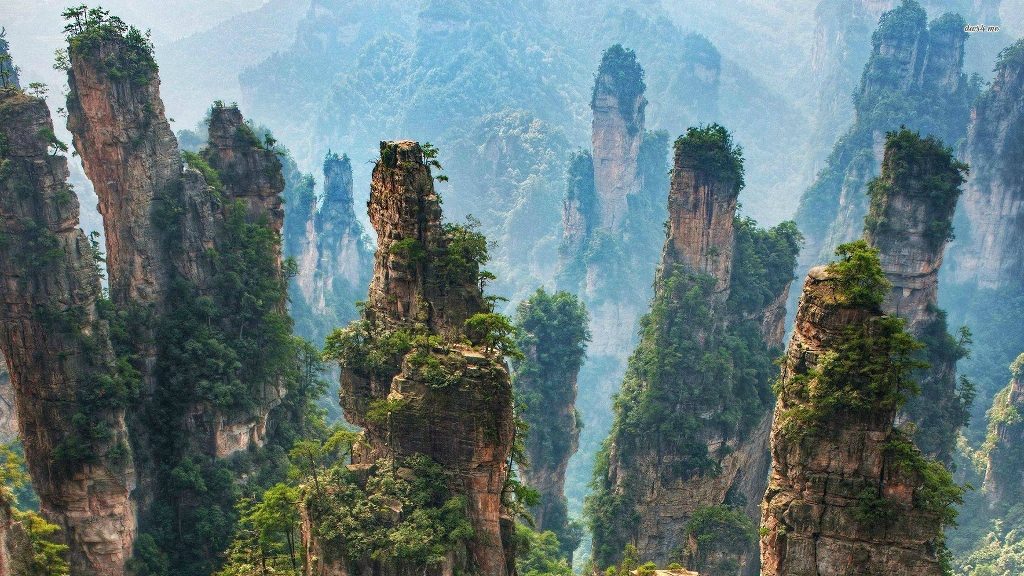 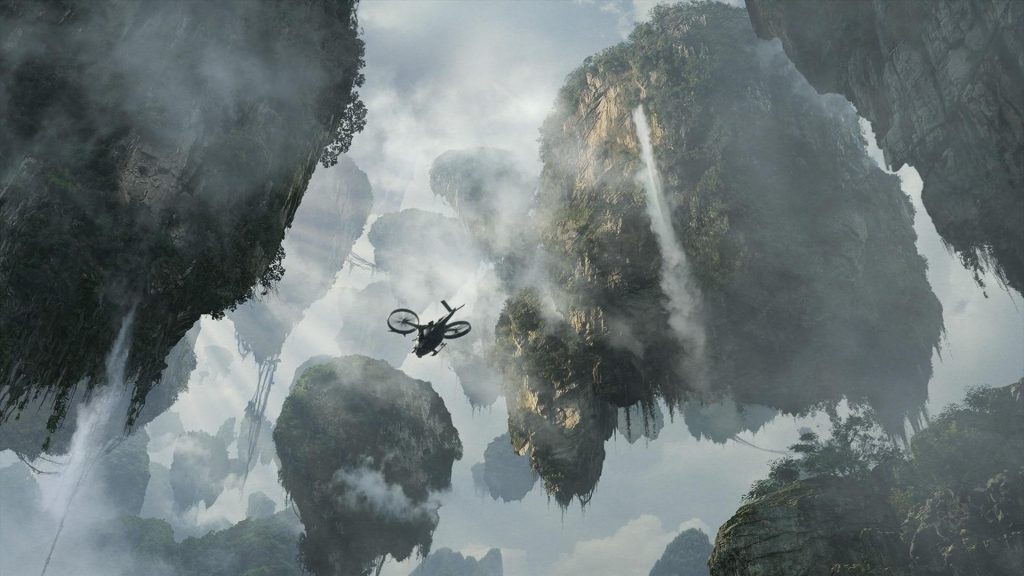 The Avatar Helicopter flying into Pandora

The mountain range, now a UNESCO World Heritage site, is also home to an ancient Chinese tribe. It also has a stunning lake and deep underground cave. The area earlier was home to the world’s largest glass bridge and currently spots the longest cable line.

The Khao Phing Kan is an iconic landmark and film shoot location at northeast of Phuket in Thailand. It’s more commonly known as the “James Bond Island.” A 20 meter limestone rock juts out of the placid green waters of the Phang Nga Bay. This marvel has been extensively used in the James Bond 1974 movie ‘Man with the Golden Gun’ and in ‘Tomorrow Never Dies’. Hence, the authorities decided to name the island after the character.

The Beach and Around the World in 80 Days also feature this island.

If you check out the song “Sau Aasmaan” from the Bollywood film “Baar Baar Dekho”, you can see the splendor of many of Thailand’s great islands laid out before you:

The island has amazing lagoons, caves and is a great swimming and canoeing spot.

Identify these tall and jarred mountain ranges from the prehistoric thriller ‘Jurassic Park’ – The Isa Nublar island in the third instalment of the series. These green velvet cliffs which plunge into deep narrow ravines offer ecstatic views of sea cliffs along the Pacific ocean. 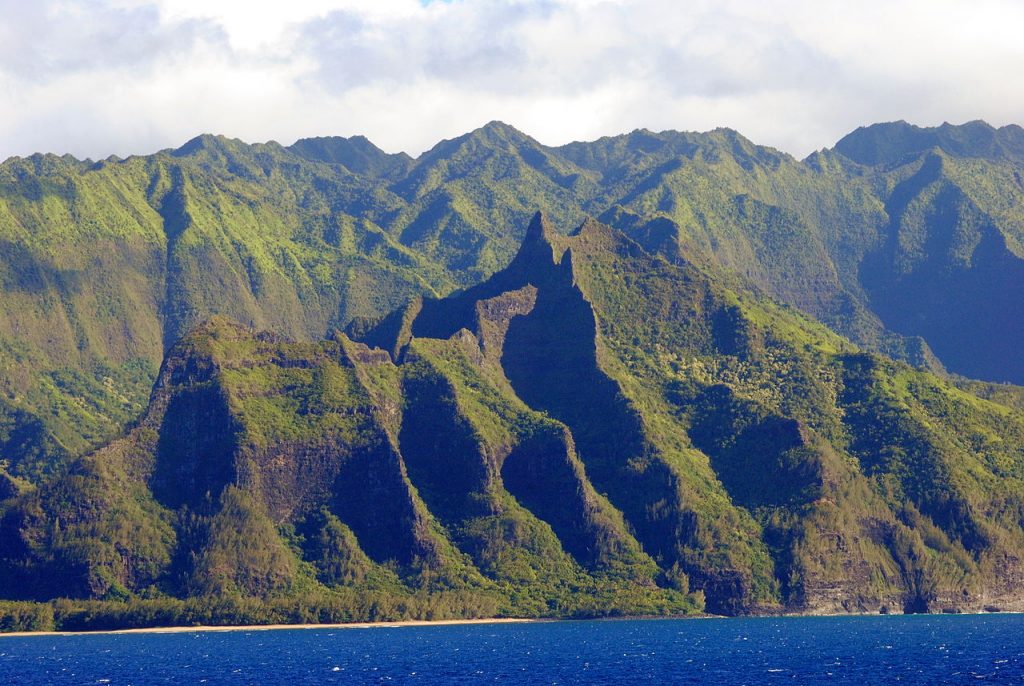 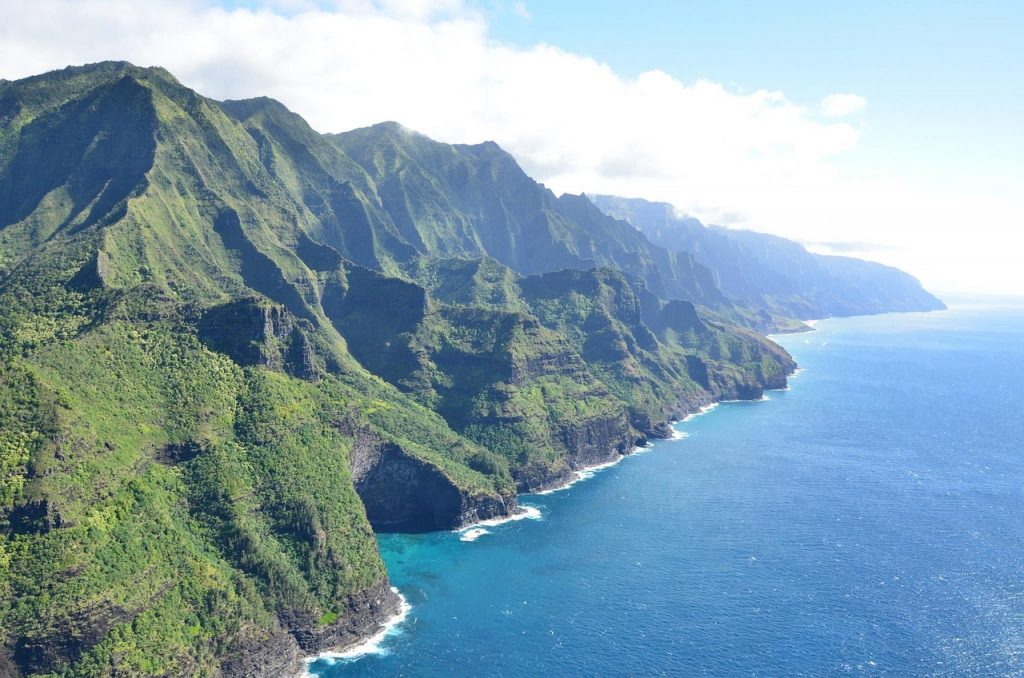 The area was earlier inhabited, but now abandoned to a large extent. Now its one of those famous film locations apt for fantasy and adventure features.

The Azure Window is one of those famous film locations which constantly appear as backgrounds on our PC or laptop.

A 50-meter high rock arch rising from above the thrashing Mediterranean sea to the dry and sandy cliffs of the Dwejra Point was the backdrop of the Daenerys-Drogo Dothraki wedding in the first season of the Games of Thrones. This startling limestone beauty recently collapsed into the tidal seas due to continuous natural erosion. But you forever see it in scenes from the Count of Monte Christo (2002) and the Clash of the Titan (1981). 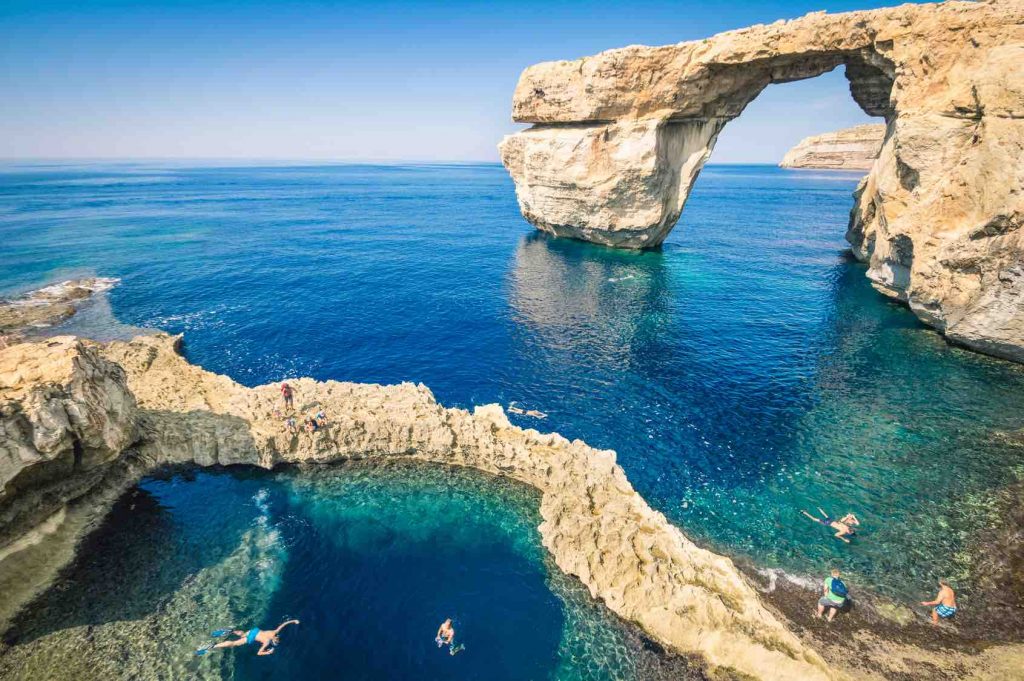 The Dwerja Bay merges into a shore lined with fossilized shells embanking a natural pool, the Blue Hole – a famous diving spot.

The Red Beach or Red Sea Beach by the Liaonhe River in Panjin is a naturally occurring wetland. The marsh is covered with a special type of weed which turns red during the month of September. This crimson colour attracts 200+ migratory bird species every year.

The well-constructed bridges and boat ways traversing through the land has made it very popular with tourists. 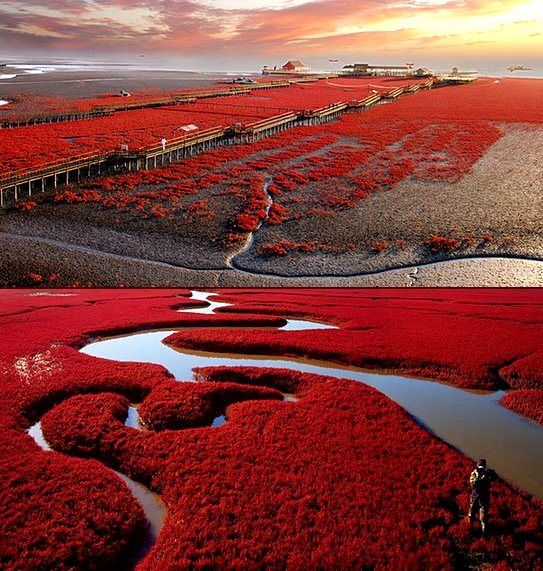 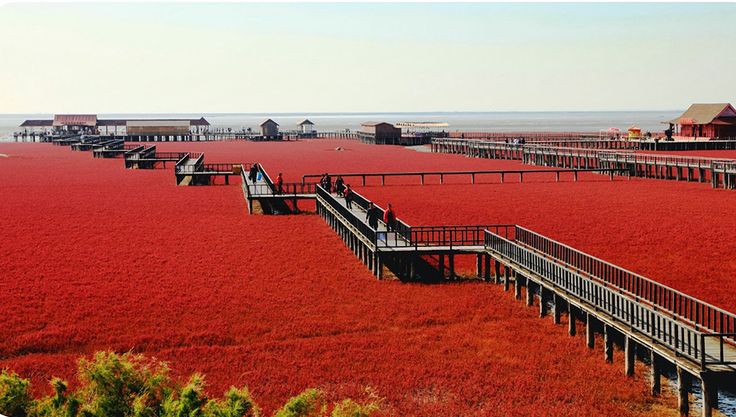 You can see the beauty of the place in the Tamil song ‘Pookkalae Sattru Oyivedungal’ from the film ‘I’.

The Glenfinnan Viaduct is a 21-pillar giant railway bridge which arches across the West Highlands of Scotland. The beautiful scenery overlooking waters of the Loch Shiel and the backdrop of grassy mountain tops make this spot a favourite for film makers. 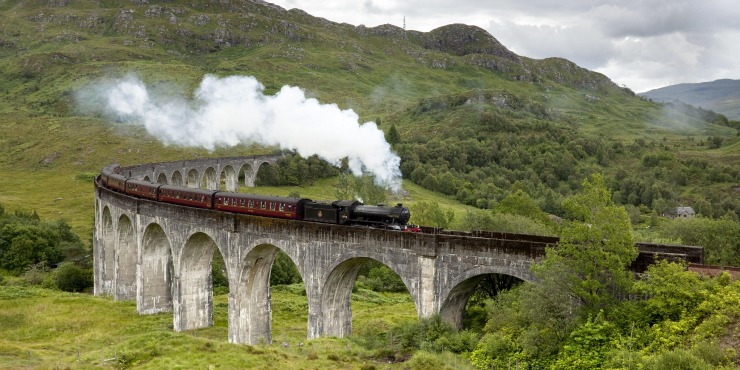 The filming of the Hogwarts Express from the Harry Potter instalment made this location an on-screen hit.

Turkey woos film makers into capturing its rich cultural and historic heritage in visual frames in many ways. Apart from the cobblestone streets and elegant mosques, Turkey has natural hot springs and travertines. Majority of them are at the Pamukkale village. These dreamy springs with gushes of overflowing water and mild steam provide the perfect fantasy setting for movie makers and tourists. 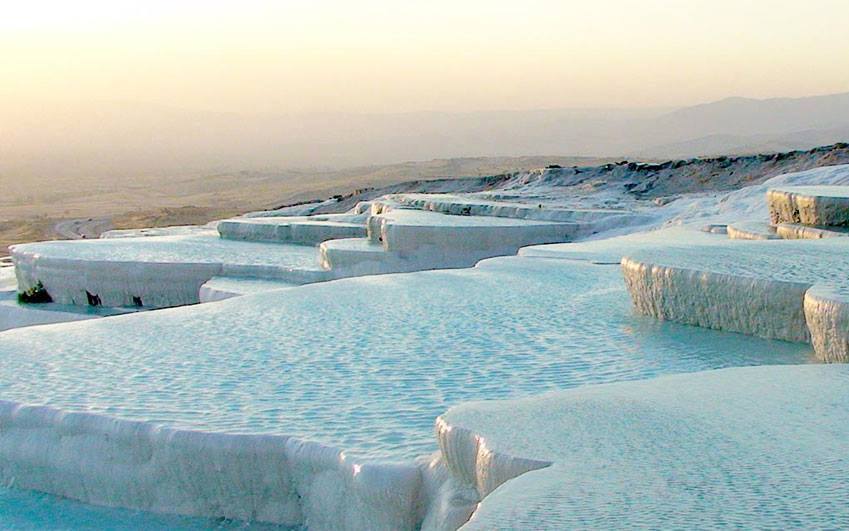 The sandy desert of Wadi Rum (also known as the Valley of the Moon) spans across hundreds of miles of dry arid lands, dusty sand dunes and wind-carved rocks. The desert canyons even spot massive tribal paintings made by Bedouin inhabitants. 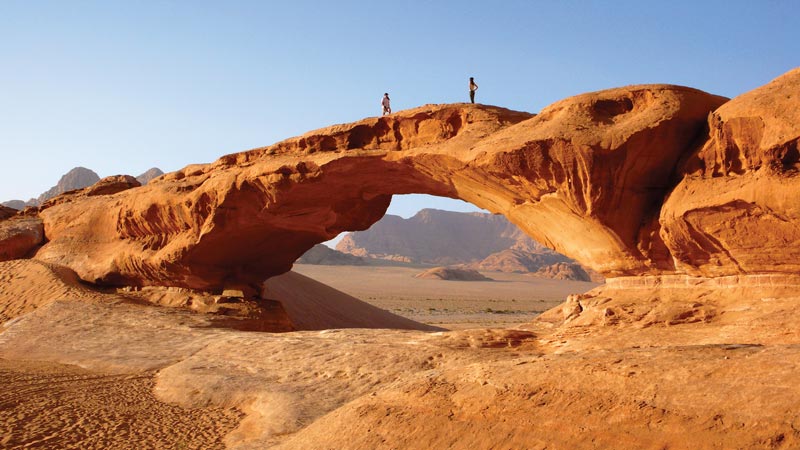 The critically acclaimed movie, ‘The Martian’ was filmed in the Wadi Rum desert.

Other famous film locations are the DuPont State Forest in North Carolina (Hunger Games), Savoca (Godfather) and Petra (Indiana Jones and the Last Crusade) – to name a few.

What it feels to be like at the centre of Niagara Falls – A powerful video shot of the falls’ tidal energy!

What are the top 10 things you should do in your 20s? Here’s our list!

Check out our YouTube channel for more travel ideas, guides, tips and tricks:

Follow Travel and Trots for more destination tips and travel ideas on our social media pages: