What To See At The Steven F. Udvar-Hazy Space Museum Near Washington DC 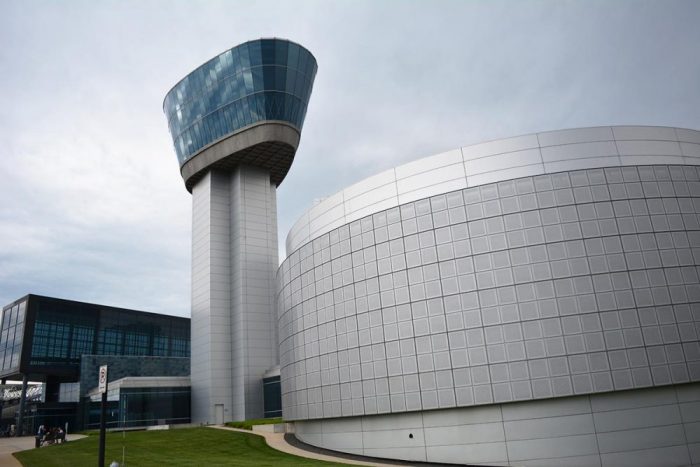 The Steven F. Udvar-Hazy Center is the sister concern of the National Air and Space Museum in DC. This gigantic airbase is located right off the Dulles airport in Chantilly and is a mammoth-size stage for space and flight displays.

Now its not just the sheer size of this place that blows you away. Its also the way its jam-packed (I use the word ‘jam-packed’ because that’s really how it is!) with airborne structures, flights and navigators! Aircrafts hanging from ceilings, twisted, wound and upside down, in all sizes and fashion. 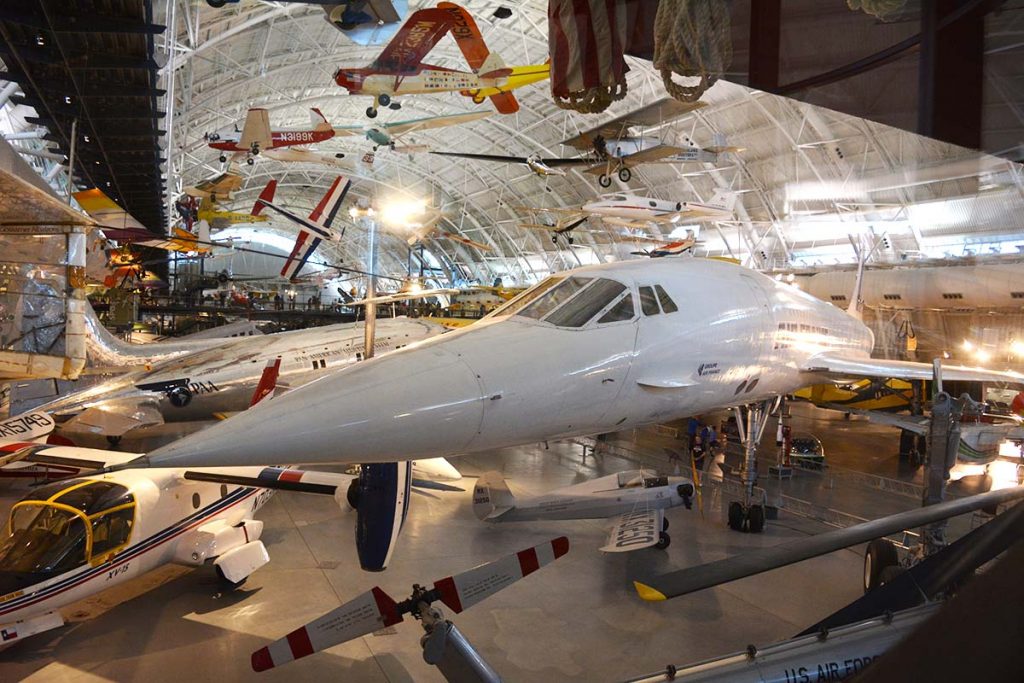 This center is not just the largest space museum in DC, but is also the largest collector of aircraft in the world. As you can see, it hosts some of the world’s fastest planes, including the retired concorde, the Lockheed SR-71 Blackbird (which travels from LA to DC in just 1 hour 4 mins) and other racing aircrafts. 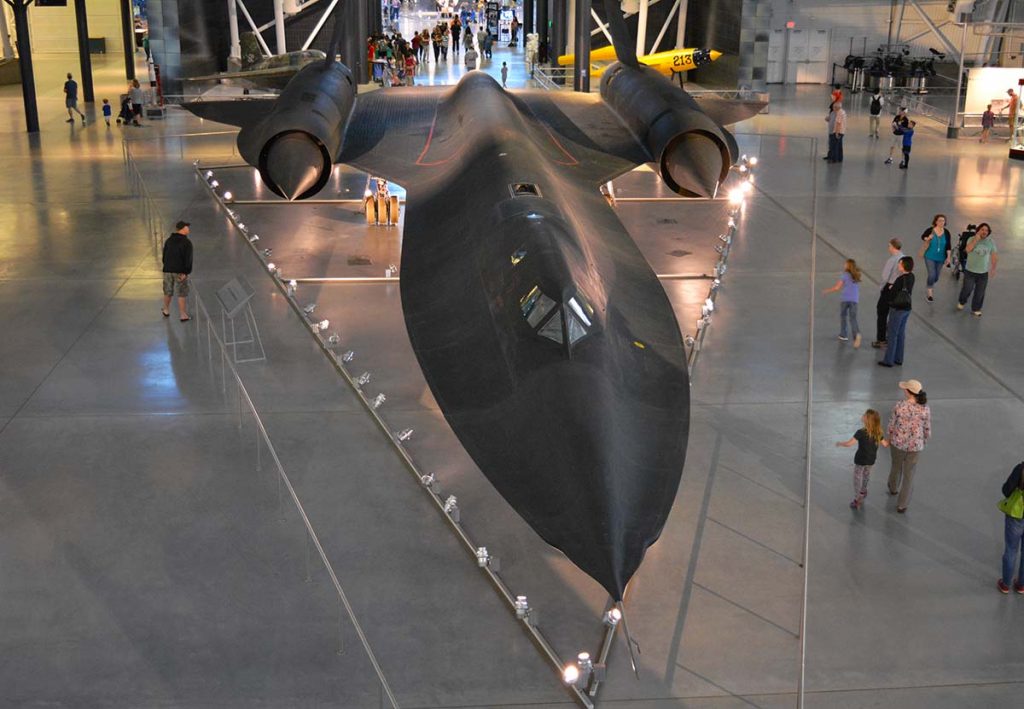 Many of these names have gone down in aviation and military history. Real planes from the World Wars, Korean, German, French and Vietnamese airforces are parked at the station.

You can see the detailed restoration on some of these planes and engines. Some of the symbols will remind of you the daunting episodes of war any decades ago. 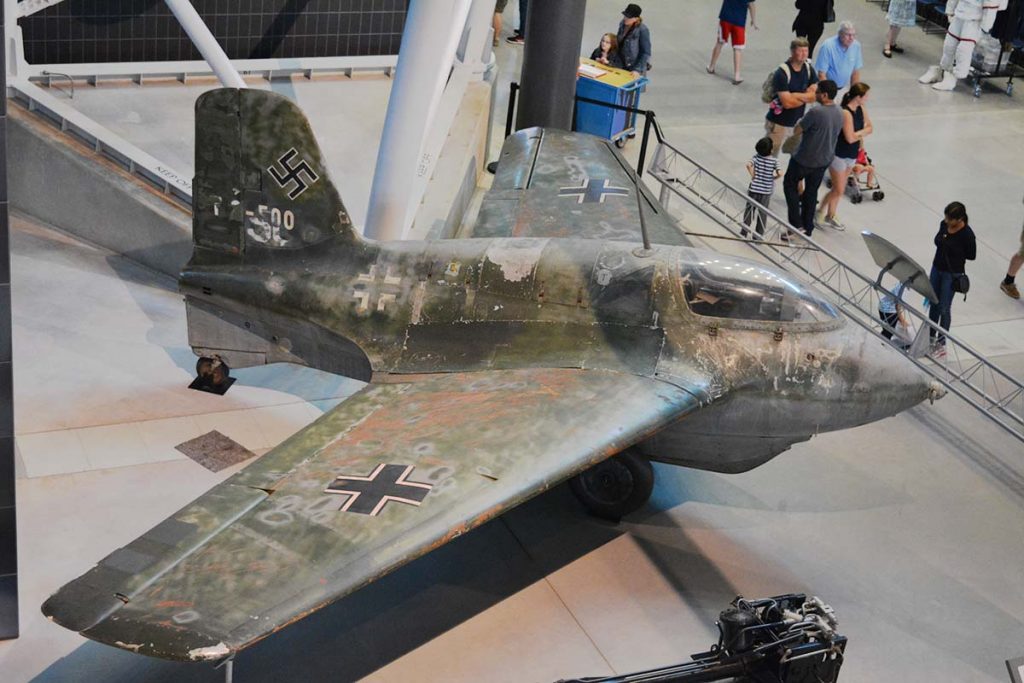 This museum reminds you that airborne vessels are not just your average every day Uniteds or Lufthansas. You’ll see light bodied single seater crafts used in agriculture, police planes, the coast guard, parasailing gears and gliders, racing and light-weight planes. 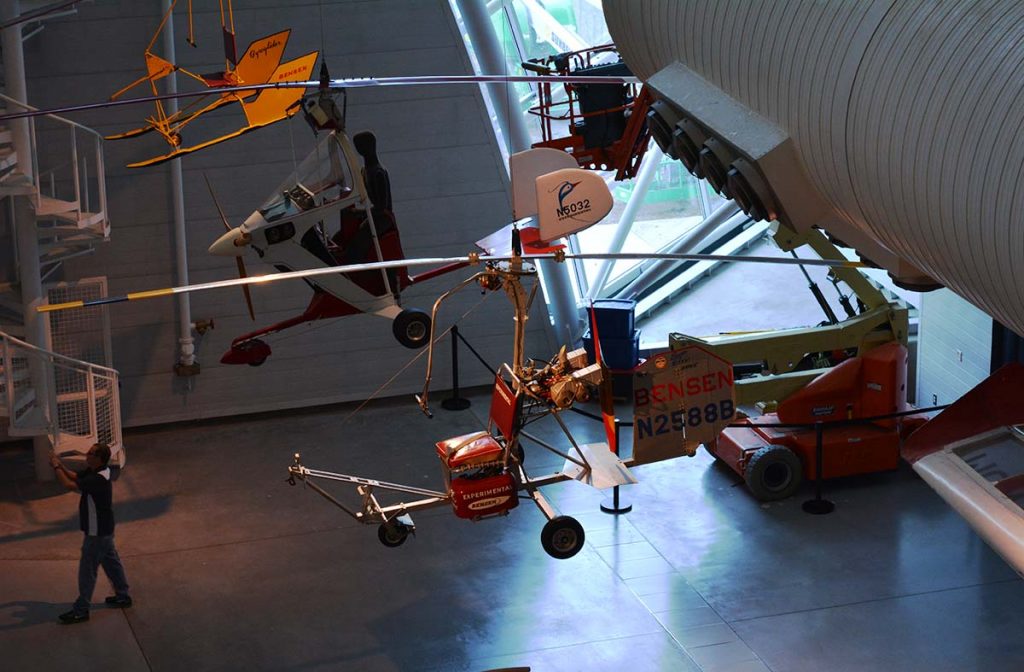 There’re extremely rare personal planes used by entrepreneurs along with a segment on business travel, the world’s smallest plane, seaplanes and parachutes. There’s a plane for every size, budget, type and use! 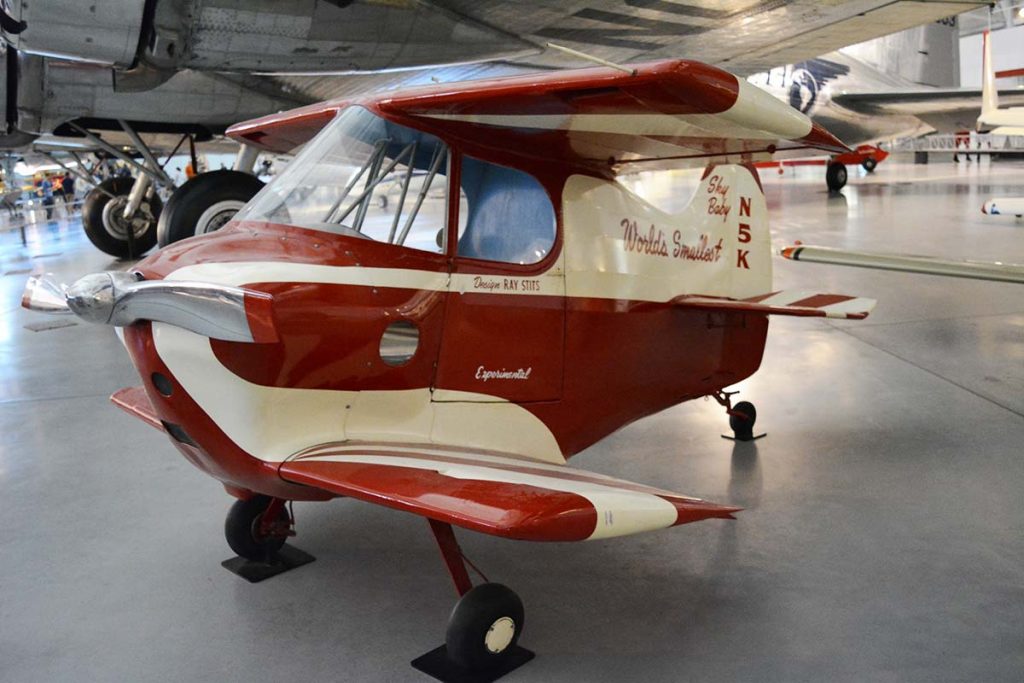 Surprise exhibits include the dress Amelia Earhart wore on her first solo flight across the Atlantic Ocean (from the US to Ireland) in 1932 – a world record, and also gear from the space suit worn by Alan Eustace, who holds the title for the world’s highest free fall since 2012.

What else does the Steven F. Udvar-Hazy space museum in DC have in store?

The aircraft museum also hosts numerous medals, boilerplates, dairies, control unit equipment and engines from across time. It was news to me that many planes out there were using Rolls Royce and Chrysler engines. Till then, I’d heard of those engines being used only in cars.

It’s amazing how much the aviation industry has come along after the Wright brothers invented the airplane. We as humans have decided something for everything – shows the ingenuity of our thought and imagination.

The best exhibit of it all – The Discovery space shuttle in the space unit of the Udvar-Hazy center. Read about it here. 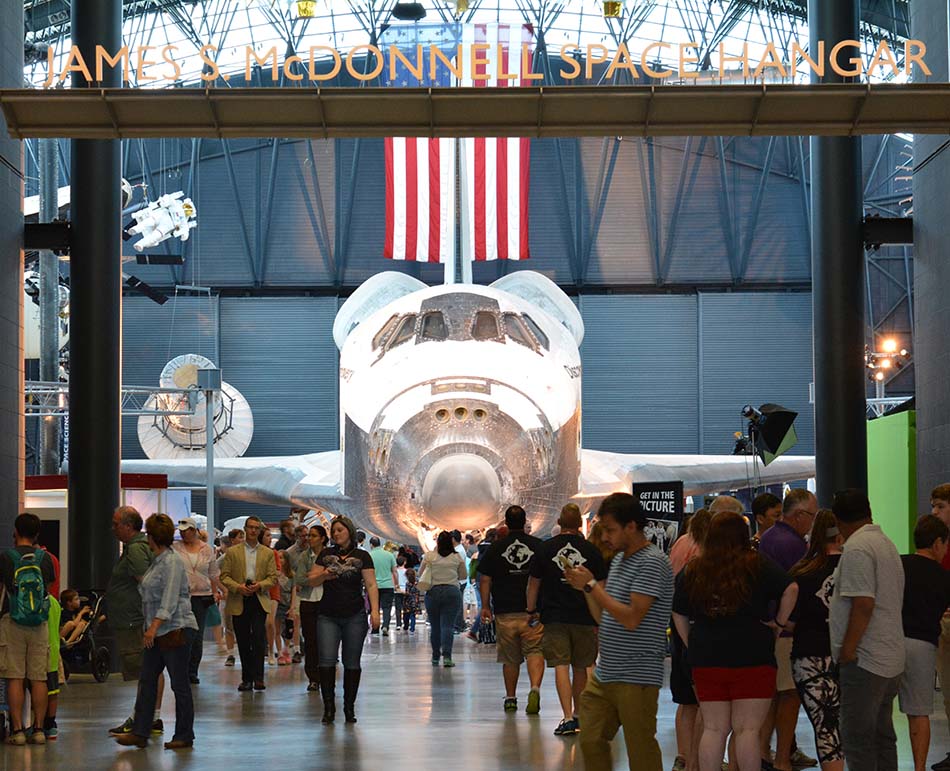 Discovery Space Shuttle – The real thing that went into space for over 30 missions – at almost a touchable distance!

Also, you can see the scientists at the center restore the Apollo 1 space module – Columbia. The restoration unit looks a bit like an airplane graveyard. But its worth the sight! 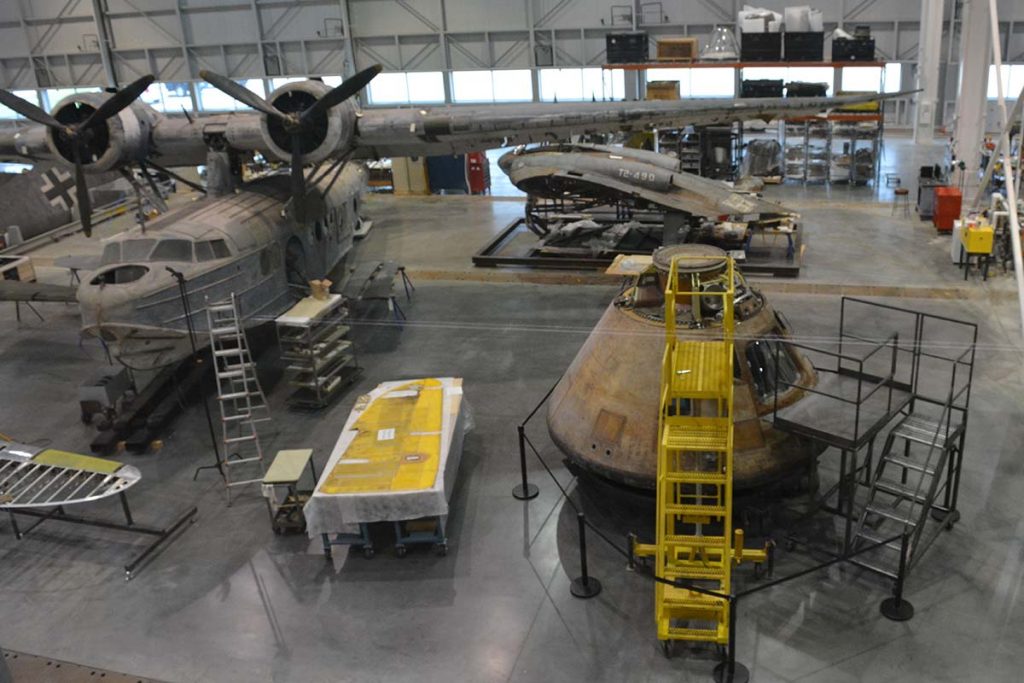 Restoration work going on at the center

Other areas of interest at the Steven F. Udvar-Hazy Center:

Before your visit, check out these tips to make the best of your hours at the museum.